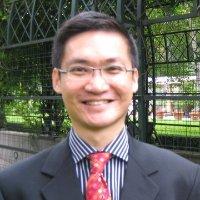 Reuben Wong is Director of Studies at the College of Alice and Peter Tan (CAPT), and Associate Professor in the Political Science Department at the National University of Singapore (NUS). A former diplomat, he served as First Secretary in the Singapore Embassy in Paris (1995 -1998) after graduating from NUS. He returned to NUS (European Studies Programme) in 1999, then earned an M.Phil in European Politics at Oxford, and a PhD in International Relations at the LSE on an NUS Overseas Graduate Scholarship. Reuben’s publications have focused on EU and French foreign policy. They include "The Europeanization of French Foreign Policy: France and the EU in East Asia" (Palgrave Macmillan, 2006), "National and European Foreign Policies" (co-edited with Christopher Hill, Routledge, 2011), and journal articles in the Cambridge Review of International Affairs, Politique Européenne, Asia Europe Journal, Comparative Politics and Economics of Asia, and EU External Affairs Review. He has held visiting positions at Cambridge University, the LSE, the Stimson Center (Washington DC), and the East Asian Institute (Singapore). His current research interests include identity in foreign policy, the EU’s relations with ASEAN and China, and the politics of disablement and human rights. A Fulbright scholar (2009), he serves on the Council of the Singapore Institute of International Affairs (SIIA) and the Fulbright Association of Singapore. He does consulting and media interviews on European Union foreign policy, international relations, and Singapore politics. He raises four children to help arrest Singapore's declining total fertility rate.