Today we are experiencing great change, uncertainty and challenge all over the world. Globalization is faltering and regional and national differences are coming to the fore in often troubling and dangerous ways.

In 2011, thanks to the support of a group of Canadian donors, Margaret MacMillan, fifth Warden of St Antony’s College and Professor of International History at the University of Oxford, created the pilot project - the North American Studies Programme at St Antony’s College. Today the programme is globally recognized as successful, important and relevant. 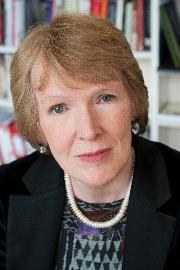 uguration in 2011, the North American Studies Programme’s activities—seminars, special workshops and lectures—have brought together leading scholars and students from Oxford, the United Kingdom and the Americas as well as businesspeople, diplomats, journalists and donors to study a key part of the world from many different angles. The Programme connected and educated the world’s most powerful influencers, looking at a wide range of subjects from the Arctic, social and economic policies, security and NAFTA. The Programme helped to build interest and continuing support in one of the leading universities for this work, as well as forging strong links with universities, institutions and think tanks throughout North America and the UK.

It is essential that the Programme be continued in perpetuity to continue the healthy dialogue, especially in this time of great change and challenge for the international order. More than ever before, different parts of the world need to understand one another. By studying North America from Oxford significant features and trends can be seen and comparisons drawn which may not be easy to spot from within the region. Moreover, North America increasingly looks to be, for the rest of the world, an island of stability—admittedly with its own issues and tensions—and the question to be asked in depth why that is so and bring the multiple perspectives of politics, history, economics and culture to understand its strengths and weaknesses.

Oxford is one of the world’s leading centres for regional studies - Africa, the Middle East, Asia, Latin American and Europe and now, North America. The pilot programme funding has ended, and continued support is needed for further research and learning about the region and help bring a greater awareness of Canada itself to a broader global public, through the funding of an endowed North American Studies Fellow.

The North America Studies Programme will be named after Professor Margaret MacMillan as a fitting legacy and tribute to the woman who initiated, created and worked tirelessly over the past years to build the Programme and its many achievements. She made an outstanding contribution to academia, the public debate and to promoting Canada abroad. Although Margaret has received many accolades and prestigious honours over the years, she sees the creation and endowment of the North American Studies Programme at Oxford as one of her greatest achievements.

A document with a full overview of the programme's plans for the future and past activities is available here:

If you have any questions about giving towards the Margaret MacMillan North American Studies Programme, please contact Wouter te Kloeze at +44 (0) 1865 274497 or wouter.tekloeze@sant.ox.ac.uk.

Thank you for your support.