The Anti-totalitarian Utopia? Solidarność and the Global South in the 1980s.

The Anti-totalitarian Utopia? Solidarność and the Global South in the 1980s.

This seminar is jointly organised with the Latin American Centre.

The Anti-totalitarian Utopia? Solidarność and the Global South during the 1980s

"From the moment the independent Polish trade union Solidarność developed into the first mass opposition movement in Eastern Europe, supporters inside and outside Poland have been keen to universalize its cause by drawing connections with human rights and democracy struggles in other parts of the world. Strikingly, many of the international causes that became associated with the struggle for democracy in Poland were not located on the Eastern or Western side of Europe’s Iron Curtain, but stretched much further, to what was then usually called the Third World and is today mostly referred to as the Global South. Recently, there has developed a debate inside and outside academia about the question whether the transnational linkages drawn between Eastern European dissent and other global causes were more than a ploy, a matter of rhetoric, nice theories, or hind-sight interpretation by scholars and politicians. In addition to political and ideological entrenchments, this debate is complicated by the fact that it has to date remained largely an idle one, lacking arguments based on empirical evidence and research. Indeed, scholarly attempts at transnationalizing the history of Eastern European dissent have to date remained largely confined to the borders of Europe or the Western world, whereas we know surprisingly little about the contacts, networks and entanglements with the Global South. This paper, then, aims to full this lacuna by analyzing the connections that linked Solidarność in real and imagined terms with other international issues and civil resistance movements in the Global South during the 1980s. The first part of this lecture devotes attention to Solidarność’s relationship with Latin America, both during and after its first legal period. The second part focuses on the networks of the Solidarność Coordinating Office Abroad from 1982 onwards, and illustrates the ambivalent Polish reaction towards three mobilizing crises during the 1980s, namely the Contra-War in Nicaragua, the Pinochet dictatorship in Chile, and the anti-apartheid struggle in South Africa." (Dr Kim Christiaens) 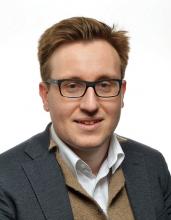 Dr Kim Christiaens is a postdoctoral researcher at Leuven University and a senior member of the Leuven Centre for Global Governance Studies. His research focuses on international solidarity movements, North-South and East-West contacts, 1968 movements, and human rights history during the Cold War. He has published articles on transnational campaigns over Latin America, Vietnam, Poland, and Southern Europe, and is currently involved in a publication project on “Entangled Transitions: Between Eastern and Southern Europe, 1960s-2000s”. He has been a co-editor of the volume “European Solidarity with Chile, 1970s-1980s”, which analyzes campaigns against Pinochet in Western and Eastern Europe from a global perspective.