Challenges and opportunities for the Biden Administration in South East Europe

Challenges and opportunities for the Biden Administration in South East Europe

Join a special discussion, co-hosted by Oxford and Harvard, as we explore this timely topic with expert perspectives informed by years of diplomatic, research and journalistic experience in the region. Our panel will be looking at the political, security and geopolitical considerations in US foreign policy and the current state of American leadership in South East Europe.

Thomas Countryman served for 35 years as a member of the U.S. Foreign Service until January 2017, achieving the rank of minister-counsellor. In October 2016 he was appointed to the position of acting undersecretary of state. He simultaneously served as undersecretary of state for international security and non-proliferation, a position he had held from September 27, 2011 to January 27, 2017. Mr Countryman has worked in the Department's Office of Eastern European and Yugoslav Affairs, was Director of the State Department's Office of South Central European Affairs, and Deputy Assistant Secretary for European Affairs with responsibility for Balkan affairs. He has served at U.S. embassies in Belgrade, Cairo, Athens and Rome, and was Deputy Chief of Mission at the U.S. Embassy in Athens, Greece from 2005 to 2008, including as the Chargé d’Affaires for five months in 2007.

Valerie Hopkins is the South East Europe correspondent for the Financial Times, covering Hungary, Romania, Albania and the former Yugoslavia. Before joining the FT in Budapest, Valerie lived and worked extensively in the Balkans as a freelancer as well as with the Balkan Investigative Reporting Network and the Organized Crime and Corruption Reporting Project. Her writing has appeared in The New York Times, The Washington Post, The Atlantic, Politico, Foreign Policy, Al Jazeera, the Guardian, and elsewhere. She has a Master of Arts in Political Journalism from Columbia Graduate School of Journalism, where her M.A. thesis, a long-form magazine article about female war criminals from Bosnia, won runner up for the best thesis. Valerie holds a B.A. in International Relations (with a focus on Russian and Post-Soviet Studies) from the College of William and Mary, where she served as student body president. She speaks Bosnian/Serbian/Croatian, Russian, Albanian and is currently attempting Hungarian.

Ivan Vejvoda is Head of Europe's Futures Progam at the Institute for Human Sciences (IWM) in Vienna. Before joining IWN and a Permanent Fellow in 2017, he was Senior Vice President for Programs at the German Marshall Fund (GMF) of the United States. From 2003 until 2010, he served as Executive Director of GMF’s Balkan Trust for Democracy, a project dedicated to strengthening democratic institutions in South-Eastern Europe. Vejvoda came to GMF in 2003 after distinguished service in the Serbian government as a senior advisor on foreign policy and European integration to Prime Ministers Zoran Djindjic and Zoran Zivkovic. Prior to that, he served as Executive Director of the Belgrade-based Fund for an Open Society from 1998 to 2002. During the mid-1990s, Vejvoda held various academic posts in the United States and the U.K., including at Smith College in Massachusetts and Macalester College in Minnesota, and the University of Sussex in England. Vejvoda was a key figure in the democratic opposition movement in Yugoslavia during the 1990s, and has published widely on the subjects of democratic transition, totalitarianism, and post-war reconstruction in the Balkans. Since 2005 he is a member of ERSTE Foundation’s Advisory Board. Furthermore, he is a member of the Serbian PEN Club and is a board member of U.S. social science journals Constellations and Philosophy and Social Criticism. Vejvoda has been awarded the French National Order of Merit in the rank of Officer and the Order of the Italian Star of Solidarity, second rank (Commendatore). He holds a diploma from the Institut d’Etudes Politiques de Paris and completed postgraduate studies in philosophy at Belgrade University. 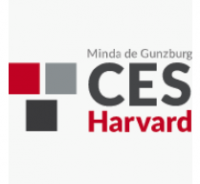 This event is organised in cooperation with Minda de Gunzburg Center for European Studies, Harvard University.