Desert in the Promised Land: The Politics and Semiotics of Space in Israeli Culture

Desert in the Promised Land: The Politics and Semiotics of Space in Israeli Culture

At once an ecological phenomenon and a cultural construction, the desert has varied associations in Zionist and Israeli culture. Yael Zerubavel tells the story of the desert from the early twentieth century to the present, shedding light on romantic-mythical associations, settlement and security concerns, environmental sympathies, and the commodifying tourist gaze. Drawing on literary narratives, educational texts, newspaper articles, tourist materials, films, popular songs, posters, photographs, and cartoons, Zerubavel reveals the complexities and contradictions that mark Israeli society’s semiotics of space in relation to the Middle East, and the central role of the “besieged island” trope in Israeli culture and politics. The talk draws on the new book published by Stanford University Press (2019). 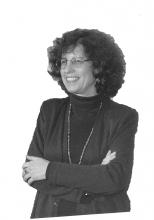 Dr. Zerubavel is Professor Emerita of Jewish Studies and History and served as the Founding Director of the Allen and Joan Bildner Center for the Study of Jewish Study at Rutgers University. She is a scholar of memory studies with an expertise in modern Israeli society and culture. Utilising an interdisciplinary approach that informs both her teaching and writing, her work explores collective memory and identity, national myths, the transformation of traditions, war and trauma, and cultural perceptions of space, drawing on historical sources, Hebrew literature, educational materials, popular and folkloric forms, as well as in-depth interviews. Her work addresses the impact of nationalism, secularisation, immigration and dislocation, the Holocaust and the Israeli-Palestinian conflict on the reshaping of Jewish memory in Israel and developments within Israeli culture.

Yael Zerubavel is the author of the award-winning book, Recovered Roots: Collective Memory and the Making of Israeli National Tradition (University of Chicago Press, 1995), Desert in the Promised Land (Stanford University Press, 2019), and is currently working on another book manuscript entitled Biblical Reenactments: The Performance of Antiquity in Israeli Culture. She has served on the boards of the Association for Jewish Studies and the association for Israel Studies and on the editorial boards of key journals in the field of Israel Studies.