MEC Seminar: The challenges of healthcare in Gaza

MEC Seminar: The challenges of healthcare in Gaza

Dr Omar Abdel-Mannan MRCPCH MA BMBCh (Oxon) is a paediatrician currently training in North London, having read Medicine at St John's College (Oxford) between 2005-2011.  He is sub-specialising in Paediatric Neurology at Great Ormond Street Hospital and was recently an NIHR funded Academic Clinical Fellow at the UCL Institute of Child Health (2014-2017). His main research interests revolved around epilepsy epidemiology/mortality in childhood and he is currently completing a part-time MSc in Public Health at the London School of Hygiene and Tropical Medicine. After seeing the devastating effects of the Israeli blockade and bombardment of Gaza in 2009, Dr Abdel-Mannan became involved in building the foundations for an educational link between medical students and doctors at Oxford University and Palestinian medical schools. This has since developed by his successors into OxPAL MEDLINK, a collaborative partnership between students and doctors working at Oxford University and affiliated hospitals, and medical students at Al-Quds Medical School, the Islamic University of Gaza and Al-Azhar University, Gaza (http://oxpal.org/about/). Dr Abdel-Mannan first visited Jerusalem and the West Bank in 2011 and 2012 with the Oxford Teaching Initiative, led by the late Nick Dudley, to promote these educational links and has since travelled to Gaza in 2013 and 2017, teaching Palestinian medical students at the bedside alongside a team of senior physicians and surgeons.

Richard Guy MD FRCS is a Consultant Colorectal & General Surgeon at the Oxford University Hospitals NHS Foundation Trust. After entering Birmingham University Medical School in 1982, and inspired by the surgeons in the Falklands War, Richard joined the Royal Navy in 1984. Following MB ChB graduation in 1987 he became a Commando doctor with the Royal Marines, returning to basic surgical training in 1991 in the Naval Hospitals with brief interludes in Belize and Gibraltar. He undertook a period of research at the MoD’s research establishment at Porton Down culminating in the award of MD for “An experimental study of blast injury in the rat”, followed by a year’s appointment as surgeon in HMS Illustrious in 1994/5, seeing active service in the Adriatic. Specialist colorectal training was undertaken in Plymouth, Basingstoke, Oxford, St. Mark’s and Singapore before appointment in 2001 as Consultant Surgeon in Peterborough. There followed deployments to Kosovo, Afghanistan and Iraq on active service before retirement from the Navy in 2004, and appointment as Consultant Colorectal Surgeon in Oxford from 2009. Richard is also a Lecturer in Medicine at Worcester College. Clinical and research interests include advanced and recurrent colorectal cancer, screening colonoscopy, inflammatory bowel disease, emergency abdominal surgery, the abdominal catastrophe and intestinal failure. Global and disaster relief surgery and teaching are of great interest and recent trips to Palestine, particularly Gaza, have been inspiring and humbling, stimulating an enthusiasm to do more for the less fortunate in such war-torn regions. 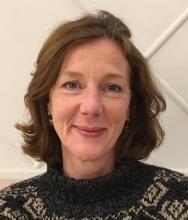 Dr Deborah Harrington is the new member of the Oxford Teaching Initiative and first visited Gaza in 2017. She found the opportunity to see at first hand the challenges to delivering high quality healthcare for women and working with some of the amazing people who are meeting these challenges most inspiring. She is a Consultant Obstetrician and Sub-specialist in Maternal and Fetal Medicine at the John Radcliffe Hospital in Oxford and have been clinical lead for the Maternal Medicine Unit, looking after women with complex medical conditions in pregnancy, for the last 10 years. The John Radcliffe is one of the busiest Obstetrics and Gynaecology Units in the UK delivering around 8500 babies per year. Although on a Gazan scale this is quiet! She has a particular interest in education. She is a College Tutor and have recently taken over as Head of School for Obstetrics and Gynaecology in the Oxford Deanery.  She also serves on the RCOG Council and RCOG Clinical Quality Board. The RCOG has a wide global interest in Women’s Health.