Who was Marshall Hodgson and should he have a claim on our attention today?

In a moment of populist nationalisms and deepening Islamophobia, Hodgson’s humanistic vision is once again of interest. Primarily known as the author of the innovative three volume textbook, The Venture of Islam: Conscience and History in a World Civilization (Chicago, 1974), Hodgson proposes a vision of the unfolding of Islam that seeks to elude civilizationist essentialisms by inserting Islamic history into the larger history of humanity. Essays in Islam and World History: The Ventures of Marshall Hodgson (Chicago 2018) provide the first critical reassessment of his life and work, while grounding it in the post-World War II efforts by global scholars to devise a new framework for a new post-colonial world. 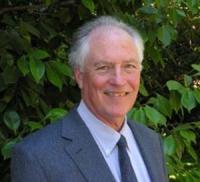 Edmund Burke, III is Research Professor  and Professor Emeritus of Modern Middle Eastern and World history at the University of California, Santa Cruz.

A historian of the Middle East and North Africa, Burke is also a world historian and the founder of the Center for World Hisotry at the University of California, Santa Cruz. He has published numerous works on Islam and world history, including most recently Islam and World History: The Ventures of Marshall Hodgson. (Chicago, 2018).  His talk for the Middle East Centre is drawn from that work.

His other recent books on this subject include: The Ethnographic State: France and Moroccan Islam (Berkeley: University of California Press, 2014) and Genealogies of Orientalism: History, Theory, Politics (University of Nebraska Press, 2008).