A turning point in geopolitics: the emerging world order post-Afghanistan

A turning point in geopolitics: the emerging world order post-Afghanistan 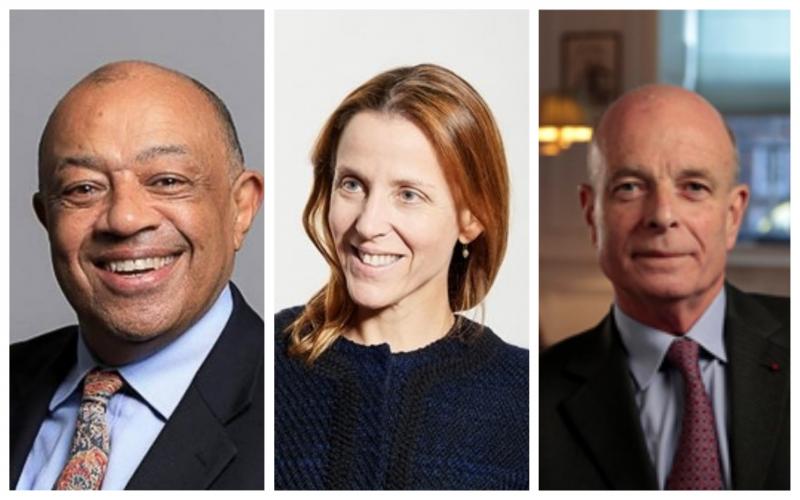 Currently Chair of the Archbishops’ Racial Justice Commission, Lord Boateng was appointed the UK’s first black government minister after Labour’s 1997 election victory. Subsequently he became the first Minister for Young People in 2000, eventually achieving the position of Chief Secretary to the Treasury in 2002. After serving in the House of Commons, he was British High Commissioner to South Africa from 2005 to 2009 before joining the House of Lords in 2010.

Created Baroness Fall in 2015, Kate Fall has a unique perspective on David Cameron’s Conservative government, having served as his Deputy Chief of Staff for six years while he was prime minister and for five years when he was leader of the opposition. Nicknamed ‘The Gatekeeper’ by the press, in 2011 she was ranked by the Evening Standard as one of the 100 most influential people in London.

After joining M16 in 1971, Sir John quickly rose through the ranks serving in Nairobi, Paris, Moscow and London before being appointed Chairman of the Joint Intelligence Committee in September 2001, one week before the September 11 attacks against the United States. He re-joined the British Secret Intelligence Service in 2004, serving as its Chief until 2009.

*In line with St Antony's Covid-19 Risk Assessment, we politely request that external attendees have one of the following:

We also ask all attendees to wear a mask except when speaking unless exempt.

No registration for this event is required.