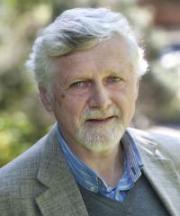 Dr Alex Pravda received his doctorate as a student of St Antony's in 1972 and returned to the College as a Fellow of the then Russian and East European Centre in 1989. He was elected to an Emeritus Fellowship at St Antony's in October 2012.

He was Senior Research Fellow and head of the Soviet Foreign Policy Programme at the Royal Institute of International Affairs (Chatham House) from 1986 to 1989 and before that Lecturer in Politics (from 1973) at Reading University. He has been a Visiting Associate Professor at the University of Michigan and Stanford and acted as Specialist Adviser to the House of Commons Foreign Affairs Committee.

Dr Pravda's research focuses especially on Soviet and post-Soviet Russian foreign policy; he also has an interest in the international dimensions of East European politics.