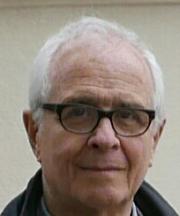 José María Maravall has been, until his retirement, the director of the Centre for Advanced Studies in the Social Sciences (CEACS –Juan March Institute). He is an Honorary Fellow of St Antony's College (Oxford), a Fellow of the British Academy, and a member of the American Academy of Arts and Sciences. He has been a Professor of Sociology at the Complutense University of Madrid, and has taught as a Visiting Professor at the universities of New York (NYU),  Columbia, Harvard, and the European University Institute (Florence). He holds doctorates from both the Complutense University and Oxford, as well as a Honorary D.Litt. from the University of Warwick. He is a “Commandeur de l’ Ordre des Palmes Academiques” (France) and has won the National Award in Political Science and Sociology in Spain.

Maravall has had a long personal political experience, first in underground anti-Francoist politics and then, under democracy, in socialdemocratic politics. He was the Spanish Minister of Education and Science between 1982 and 1988, and a member of the Spanish Parliament.