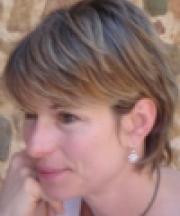 Having enjoyed a long association with St Antony's, Dr Julie Newton returned to the College as a Research Fellow of the Russian and Eurasian Studies Centre in spring 2007. She began at St Antony's as a doctoral student in 1986; commuted to College after 1989 whilst living in Moscow and Paris; and received her doctorate from the University of Oxford in 1994. She was a Senior Associate Member of St. Antony's from 2002 to 2007.

Dr Newton recently returned to the UK after almost a decade in Paris, where she remains an Associate Professor of the Department of International and Comparative Politics at the American University of Paris. She is also Associate Professor for the graduate programme taught jointly by the American University of Paris and the Institut Catholique. There, she has taught both Russian and European politics to undergraduate and graduate students. In 2006, she was awarded the University's Distinguished Teaching award, for which she was also nominated in 2005.

Julie has long been interested in both Russia and France, having concentrated on Russian and French literature and languages and Soviet politics at Princeton University, from which she graduated in 1983. Two and a half years later, she received her Master's Degree in International Affairs from Columbia University with a concentration on Russia from Columbia's Harriman Institute. Her book Russia, France, and the Idea of Europe (Palgrave Macmillan, 2003) combines both interests. She has a chapter called, 'Shortcut to Great Power: France and Russia in Pursuit of Multipolarity' in Russia and Europe in the Twenty-First Century: An Uneasy Partnership, edited by Jackie Gower and Graham Timmins (Anthem Press, 2007), and another chapter on Russian foreign policy under Putin in Institutions, Ideas and Leadership in Russian Politics (Palgrave Macmillan, 2010), a book that she co-edited with William Tompson.