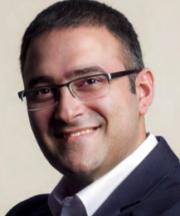 His work and research focus on such topics as investor-state dispute settlement, investor protection and political/security crises, international trade governance and WTO, tensions between regionalism and multilateralism in international trade, human rights protection in Turkey, and challenges to rule of law in authoritarian states.

As part of his academic visit at SEESOX, Karli pursues two separate research projects. The first one focuses on the potential trade governance alternatives for the U.K. during and after Brexit and the variable geometry of Britain’s future relationship with the EU. The second project examines the challenges to rule of law in Turkey.

Karli holds D.Phil, M.Phil and M.Jur degrees from the University of Oxford, Faculty of Law, and an LL.B. degree from the Faculty of Law of Galatasaray University. While he was in Oxford he worked as a researcher at  SEESOX as part of the Programme on Contemporary Turkey. Following the completion of his D.Phil in 2010, he was affiliated with the Centre for International Studies of the University of Oxford as a Senior Research Associate between 2012 and 2016.