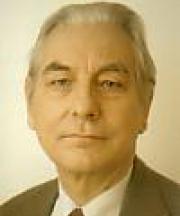 Michael Kaser is Reader Emeritus in Economics at Oxford University, Honorary Professor in the School of Social Sciences, University of Birmingham, and Associate Fellow of Templeton College, Oxford. He became a Fellow of St Antony's in 1960 (Sub-Warden, 1986/87) and an Emeritus Fellow in 1993. He has been awarded a Papal Knighthood (KSG), the Albanian Order of Naim Frashëri and the Polish Order of Merit.

With a Cambridge economics degree, he joined HM Foreign Service in 1947, serving briefly in Moscow, and then joined the UN Economic Commission for Europe (1951-63) to analyse Soviet-type economies, participating in missions to five of the Soviet Republics and all East European states. Throughout his subsequent career in academic research he was frequently called on for advice by both international organizations and government. He has served on the Councils and committees of many public bodies and charities (e.g., FCO Wilton Park, RIIA/Chatham House, Cumberland Lodge Windsor, CAFOD, Royal Economic Society, ESRC, Unesco, OECD). He has held Visiting Professorships at the Graduate Institute of International Studies, Geneva, and the University of Michigan. At Oxford he served six years on the University's General Board of the Faculties and chaired the Social Studies Faculty Board, the Inter-Faculty Committee for Slavonic Studies, and the Teaching and Research Committee for Educational Studies. Currently at the University he is a member of the Europaeum Committee, and at the College he is on the committees for the South-East Europe Programme and the Pluscarden Programme. He is the General Editor of the proceedings of the International Economic Association (since 1986).

He is author of 7 books (3 of which have been translated into several languages - Arabic, French, German, Italian, Japanese, Spanish and Swedish) and editor of a further 16 books; he has some 370 articles in professional journals. The field covered is largely the East European, Russian and Eurasian economies, communist and post-communist. His current work on the Caucasus and Central Asia develops recent research commissioned by NATO and the UN, with that on EU Enlargement commissioned by the EC.