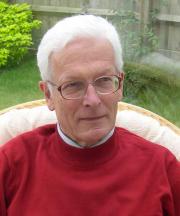 Michael Llewellyn-Smith was educated at Oxford University, where he studied classical languages and literature and philosophy. He obtained a D Phil for his doctoral dissertation which was later published as Ionian Vision: Greece in Asia Minor 1919-1922 (Hurst & Co 1998).

He has written books about Crete (The Great Island: a Study of Crete), the 1896 Olympic Games (Olympics in Athens 1896: the Invention of the Modern Olympic Games), and Athens (Athens: a Cultural and Literary History), and is currently working on the life and times of the Greek statesman Eleftherios Venizelos. He has written and lectured widely on Greek historical and cultural topics from the 19th and 20th centuries.

Michael Llewellyn-Smith is an Honorary Fellow of St Antony’s College Oxford, a Vice President of the British School at Athens, a member of the Council of the Anglo-Hellenic League, and a Non-Executive Director of Coca-Cola Hellenic AG, the Hellenic Bottling Company. He is married to Colette née Gaulier and has two grown up children and four grandchildren.