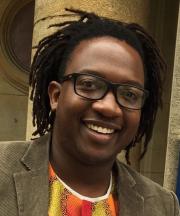 Simukai Chigudu is Associate Professor of African Politics and Fellow of St Antony's College. He is principally interested in the social politics of inequality in Africa, which he examines using disease, public health, violence, and social suffering as organising frameworks for both historical and contemporary case studies.

He is finishing a monograph entitled The Political Life of an Epidemic: Cholera, Crisis and Citizenship in Zimbabwe, which is a study of the social and political causes and consequences of Zimbabwe’s catastrophic cholera outbreak in 2008/09, the worst in African history. He has published articles in a number of peer-reviewed scholarly journals including African Affairs, Global Health Governance, Health Economics, Policy and Law, the International Feminist Journal of Politics, Health Policy and Planning, Seizure: The European Journal of Epilepsy, Feminist Africa, and The Lancet.

His academic background is eclectic having received training in Medicine at Newcastle University, Public Health at Imperial College London, and African Studies at the University of Oxford before completing his DPhil at ODID. He has previously worked and conducted research in Zimbabwe, Uganda, The Gambia, Tanzania and South Africa. Prior to academia, he was a medical doctor in the UK’s National Health Service where he worked for three years.