This Scholarship will not be available for the academic year 2019/20.

The Wai Seng Senior Research Scholarship is tenable at St Antony’s College for two years and is open to all matriculated students of the University of Oxford working for a Doctor of Philosophy degree in fields such as modern history, social sciences (e.g. politics, international relations, economics, sociology, social anthropology), education and human geography and whose research involves the study of the Asia-Pacific.

The scholarship has enabled scholars to pursue pioneering research, and our Wai Seng scholars have gone on to be leaders in their fields:

Dr Xi Hu (Sisi) is currently a post-doctoral fellow of the LWP at Harvard Law School. During her DPhil at St Antony’s, she completed a visiting fellowship at the Harvard John Paulson School of Engineering and Applied Sciences; consulted for the Latin American Energy Organisation (OLADE); worked as an energy modeller for the UK Infrastructure Transitions Research Consortium (ITRC); interned as a climate adaptation researcher with the Chinese National Development and Reform Commission (NDRC); and facilitated dialogues between Oxford and government agencies such as the Chinese Ministry of Water Resources. In 2015, she co-founded the Oxford International Infrastructure Consortium (OXIIC) whose aim is to facilitate communication and collaboration on infrastructure between academics, policymakers and practitioners worldwide. Her DPhil work yielded several publications including the World Economic Forum (WEF), China Dialogue, the Diplomat, as well as being featured in the 2017 WEF Global Risk Report and at the 2017 Summer Davos. 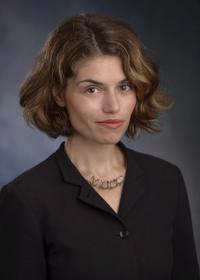 Dr Maria Repnikova is an expert on China’s political communication. She is currently an Assistant Professor of Global Communication and an Acting Director of the Center for Global Information Studies at Georgia State University. Maria's work examines critical journalism, political persuasion, and cyber nationalism in China, as well as China’s global branding through cultural and communication initiatives, especially in the African context. She also does comparative work on media politics in China and Russia. Maria’s research appeared in the China Quarterly, New Media & Society, Journal of Contemporary China, as well as in Foreign Affairs, Wall Street Journal, and Foreign Policy, amongst other venues. Her book, Media Politics in China: Improvising Power Under Authoritarianism, was published with Cambridge University Press. In the past, Maria was a post-doctoral fellow at the Annenberg School for Communication.

Dr Daniel Koldyk was appointed as the Counsellor and head of the economic and finance section at the Embassy of Canada to China in August 2018. Prior to this post, Daniel was a Special Advisor on China and Asia for the Department of Finance. He also worked on Chinese economic reform and international investment with EDC Economics and served as a China specialist for the foreign ministry. He completed an MPhil (2006) and DPhil (2010) at St Antony’s College, and spent nearly six years in Beijing, Shandong, and Liaoning researching Chinese policymaking. 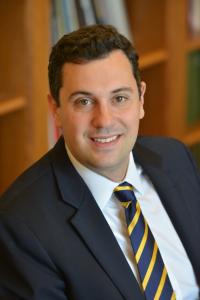 John D. Ciorciari is an Associate Professor, Director of the International Policy Centre, and Faculty Director of the Wesier Diplomacy Centre at the Gerald R. Ford School of Public Policy at the University of Michigan. He is also a faculty affiliate of the University’s International Institute. His work focuses on international politics and law in the Global South, with a particular interest in Southeast Asia. He has been an Andrew Carnegie Fellow, term member of the Council on Foreign Relations, and post-doctoral fellow at Stanford University.