In October 2012 the CISOQ Programme funding board approved the creation of a fully-funded 3-year (extending to a maximum of 4 years) graduate studentship, to enable outstanding students to undertake doctorate research within this area. The studentship call is managed through the Faculty of Oriental Studies and awards are offered following an independent assessment review of applications.

Mr Jose Vericat, October 2012 for 4 academic years, researching "The Internal Conversation of Hamas: Salafism and the Rise of the 'Ulama'". Jose talks to us about his research: Muslim politics are not monolithic. Hamas is a movement that has a specific agenda, different from other Islamic movements. Also the values and motivations that Hamas acts according to are not all rooted in Islam. Further, its doctrine changes depending on the situation as well as over time, though often it tries to justify such modifications within a religious framework. As I analyze the decisions the movement makes and the discussions around these I pay particular attention to the use of religious references, and the different functions that they serve. I try to show that there is a heated internal debate, a wide variety of opinions struggling with each other to define values and shape the movement. I also trace the origins of these discussions to debates in Islamic intellectual history. My overall aim is to decode the religious, political and philosophical underpinnings of Hamas and by doing so to throw some light on the relation between religion and politics in political Islam in general.

Mr Martyn Rush, October 2017 researching “Capitalism with Islamic Characteristics? The tracing of the construction of Islamic capitalism through a genealogy of the concepts of the market, private property, and social justice in 20th century Islamic thought”. 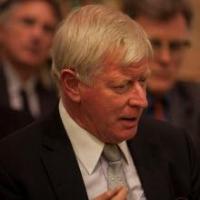 The Rt Hon Lord Patten of Barnes (Chris Patten), Chancellor of the University of Oxford. A former European Commissioner and Governor of Hong Kong, Lord Patten's books include: The Tory Case (1983); East and West (1998) and the most recent one Not Quite the Diplomat (2005). Lord Patten holds a regular Chancellor's Seminar once a term under the auspices of the Centre, usually with a distinguished European guest.

Postdoctoral Scholars and Researchers in Oxford of Middle Eastern Studies 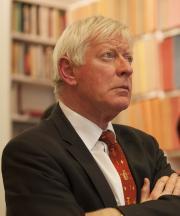 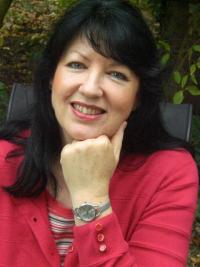