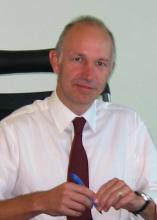 Christopher Adam is Professor of Development Economics and a Fellow of St Cross College, Oxford. He is a Visiting Professor at CERDI, at the Université d'Auvergne, Clermont-Ferrand. From 2003-05 he served as External Macroeconomic Adviser to the Policy Division at DFID, and he continues to represent DFID as Vice-Chair of the African Economic Research Consortium. He is co-editor of the Oxford Bulletin of Economics and Statistics, and the Oxford Review of Economic Policy. He is a member of the editorial boards of Oxford Economic Papers and of Oxford Development Studies. His current research addresses three main themes: the macroeconomics of Africa; growth and structural change in low-income countries; and the political economy of aid. In 2011 he was appointed Special Advisor to the Inquiry into Aid Effectiveness of the House of Lords Economic Affairs Committee.

Christopher Allsopp is a British economist. He currently serves as the President of the Oxford Institute for Energy Studies, is a Fellow of New College, Oxford, and a Reader in Economic Policy at the University of Oxford. A former Director of the Bank of England (1997–2000) and Member of its Monetary Policy Committee (2000–2003), he has recently completed a Review of Statistics for Economic Policymaking (the 'Allsopp Review'). He is the Editor of the Oxford Review of Economic Policy and a Director of Oxford Economic Forecasting. Previous activities include working at HM Treasury, the OECD and the Bank of England (where he was Adviser from 1980–83) as well as extensive involvement with domestic and international policy issues as consultant to international institutions and private sector organisations. He has published extensively on monetary, fiscal and exchange rate issues as well as the problems of economic reform and transition. His involvement in the economics of oil and other energy issues goes back to the shocks of the 1970s.

Othon Anastasakis is Director of the European Studies Centre, Director of South East European Studies at Oxford (SEESOX), and a Fellow at St Antony's College, Oxford. He teaches South East European politics. Previously he was Researcher at LSE, and Advisor on EU matters at the Greek Ministry of Foreign Affairs. His recent books include ‘From crisis to recovery: Sustainable growth in South East Europe’ (co-edited with Jens Bastian and Max Watson, SEESOX 2011), ‘In the Shadow of Europe: Greeks and Turks in the era of post-nationalism’ (co-edited with Kalypso Nicolaidis and Kerem Oktem, Brill, 2009), and ‘Greece in the Balkans: Memory, conflict and exchange’ (co-edited with Dimitar Bechev and Nicholas Vrousalis, Cambridge Scholars Press, 2009). He has published many articles on comparative democratisation in South East Europe, EU-Balkan relations and EU conditionality.

Adam Bennett is an Academic Visitor at St Antony’s College, and an Associate of SEESOX. He lectures (on a part-time external basis) at Cardiff University. He worked for 24 years at the International Monetary Fund, before retiring in 2011. He was Senior Advisor (Deputy Director grade) in the IMF’s European Department during 2009-11, with responsibility for the Western Balkans, as well as mission chief for Italy. Before that, he was Senior Advisor in the Middle East Department, overseeing missions to many countries in the region, and mission chief himself for Afghanistan, Iraq, and West Bank & Gaza. He was head of the IMF office in Cairo for two years through 2002. During the second half of the 1990s he was chief of the IMF’s Stand-by Operations division, covering all the IMF’s big ticket programs of that era. In his early career, Bennett worked for the UK Treasury (specializing in monetary policy and forecasting), and for two investment banks. Bennett’s published work has ranged over macroeconomics, monetary economics and post-conflict economics. He is a past member of the editorial board of the journal of Economic Modelling. Bennett was educated at Cambridge University and the London School of Economics. 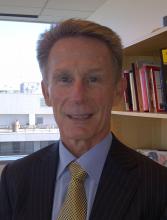 Russell Kincaid, an Academic Visitor at St Antony’s College for the academic year 2013-14, is an active contributor to the work of the PEFM programme. Prior to being at St Antony's, he was a Director at the International Monetary Fund (IMF), where his responsibilities were to assess the effectiveness of the risk management, control, and governance processes of the IMF. He also served as the secretariat for the IMF's risk management committee. He joined the IMF in 1976, worked in several area departments, and held senior positions in the Strategy, Policy and Review Department and the Secretary's Department. He has published on issues related to macroeconomic and financial policies, exchange rate assessments, sovereign debt management and restructuring, and the policy implications of trends and innovations in financial markets. He is a member of several professional bodies, a past member of the Editorial Board of IMF Staff Papers, taught at Columbia University, and was a visiting fellow at the DG ECFIN in the European Commission. Mr Kincaid received his BA in economics from UCLA--graduating Summa Cum Laude and Phi Beta Kappa--and obtained a Ph.D. in economics from Columbia University. 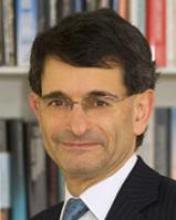 Colin Mayer is the Peter Moores Professor of Management Studies at the Saïd Business School, and a Professorial Fellow of Wadham College, Oxford. He is a Fellow of the British Academy, and a Fellow of the European Corporate Governance Institute. He was a Harkness Fellow at Harvard University, and the first Leo Goldschmidt Visiting Professor of Corporate Governance at the Solvay Business School, Université de Bruxelles. He has also held visiting positions at Columbia, MIT and Stanford. In 1994, He became the first professor at Saïd Business School, and was appointed the Peter Moores Dean of the School between 2006 and 2011. He was the first Director of the Oxford Financial Research Centre, between 1998 and 2005. He was a founding editor of the Oxford Review of Economic Policy, a founding co-editor of the Review of Finance, and has served on the editorial boards of several leading academic journals. 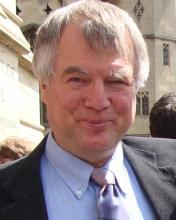 David Vines is a Professor of Economics at the University of Oxford and an Emeritus Fellow of Balliol College. He is Director of the Centre for International Macroeconomics at Oxford; an Adjunct Professor in the Centre for Applied Macroeconomic Analysis at the Australian National University; a Research Fellow of the Centre for Economic Policy Research in London; and Scientific Coordinator of the European Union Framework Seven PEGGED Research Programme on ‘The Politics and Economics of Global Governance: the European Dimension’. From 1994 to 2000 he was Director of the Research Programme on Global Economic Institutions of the Economic and Social Research Council. He is a trustee of the Oxford Policy Institute. He formerly held the Adam Smith Chair of Political Economy at the University of Glasgow. He acts as Advisor to Fair Observer, an online magazine covering global issues from a plurality of perspectives, on all economic matters.  He has published numerous academic articles in the fields of macroeconomics and of economic governance.