As part of its research and outreach, EuPEP brings together experts from academia, the private sector, and official bodies. The biographies of current Associates are shown below. 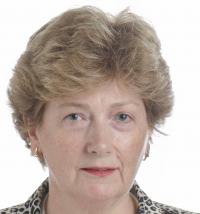 Adrienne Cheasty comes from the IMF, where she was most recently Deputy Director of the Fiscal Affairs Department, responsible for Europe and for fiscal federal issues. She was previously Deputy Director of the IMF’s Western Hemisphere Department, responsible for Mexico, Venezuela, Andean countries, and the Caribbean. Earlier, she worked on numerous IMF-supported crisis programmes in emerging markets and fragile states. Research areas include euro area fiscal-financial architecture, financial crisis management, debt issues, measurement of the fiscal deficit, and financial aspects of climate change. She was a member of the World Economic Forum’s Global Agenda Councils on Fiscal Sustainability and on Public Finance and Social Protection, and has taught at Harvard, Yale and Johns Hopkins.

Gillian Edgeworth, a senior member of St Antony’s College, is Chief European Emerging Market Economist at Unicredit Bank. She joined the bank in September 2010 and is responsible for economic analysis of regional economies ranging from Turkey, Russia, Poland, Ukraine and Hungary to smaller countries such as Latvia, Kazakhstan and Serbia, as well as recent EMU entrants such as Estonia and Slovakia. She is also covers developments in Ireland and Greece. Prior to joining Unicredit, she spent 8 years as a member of the economics team at Deutsche Bank, responsible for coverage of Poland, Hungary, Czech Republic, Slovakia, the Baltics, Greece and Ireland. 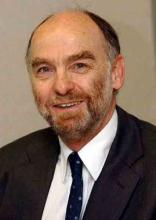 Stewart Fleming, a senior member of St Antony’s College, is a journalist and writer on international economics. In the 1970s and 1980s he served as Financial Times Bureau Chief in New York and in Frankfurt. He was then the FT’s economics correspondent in the United States, and subsequently its US Editor. Between 2003-2008 he lived in Brussels, writing a column on international economics for European Voice, the Economist Group's Brussels weekly. His recent publications include "Europe, China and the Group of Twenty" (in "China, the EU and Global Governance", Edward Elgar, 2012).

Daniel C. Hardy was on the staff of the International Monetary Fund for most of his career to date. He contributed to macroeconomic and financial sector surveillance; Fund-supported programs; defining Fund policies; and technical assistance to help build financial sector frameworks and institutions in a wide range of industrialized, emerging market, and developing countries. Recently he led work on European financial integration and the banking union; debt management; and sovereign debt restructurings. He has undertaken research on such topics as cross-border policy coordination, credit market behavior, and stress testing. He has also worked at the Austrian Financial Market Authority and the German Bundesbank. He studied at the universities of Oxford and Princeton.

Russell Kincaid, an Academic Visitor at St Antony’s College for the academic year 2013-14, and now a senior member of the college, is an active contributor to the work of the PEFM programme. Prior to being at St Antony's, he was a Director at the International Monetary Fund (IMF), where his responsibilities were to assess the effectiveness of the risk management, control, and governance processes of the IMF. He also served as the secretariat for the IMF's risk management committee. He joined the IMF in 1976, worked in several area departments, and held senior positions in the Strategy, Policy and Review Department and the Secretary's Department. He has published on issues related to macroeconomic and financial policies, exchange rate assessments, sovereign debt management and restructuring, and the policy implications of trends and innovations in financial markets. He is a member of several professional bodies, a past member of the Editorial Board of IMF Staff Papers, taught at Columbia University, and was a visiting fellow at the DG ECFIN in the European Commission. Mr Kincaid received his BA in economics from UCLA--graduating Summa Cum Laude and Phi Beta Kappa--and obtained a Ph.D. in economics from Columbia University.

Sir David Madden KCMG was a member of the UK Diplomatic Service for 34 years, serving in high-profile positions in politically sensitive European postings. He has extensive experience of working in and with countries and places on the brink of break-up (former Yugoslavia), those seriously divided (Berlin in the 1970s, Cyprus, Bosnia after the war), and those where regional tensions run high. He also served in Moscow in the 1970s. As British High Commissioner in Cyprus 1994-1999, he played a full role in the negotiations on a Cyprus settlement and EU accession. He shuttled regularly between the Greek Cypriot and Turkish Cypriot leaders in support of the UN mission of good offices. As British Ambassador to Greece 1999-2004, he helped the Greek government achieve a break-through against the 17 November terrorist movement after the murder of his Defence Attache, assisted them with planning the security of the 2004 Olympics, supported Team GB’s successful participation in those Games, and facilitated the work of the London 2012 bid committee. He was knighted in 2003. Having retired from the Diplomatic Service in 2004, he was posted as Political Adviser to the EU Peace-Keeping Force in Bosnia and Herzegovina . He assisted a smooth transition from the previous NATO force, advised the peace-keepers on the complex local political scene, and assisted the central government in drawing up their National Action Plan against Organised Crime and Corruption. In addition to a Master’s degree from Oxford, David has an MA in History of Art from the Courtauld Institute in London, and is a published author (completing Dickens’ unfinished novel The Mystery of Edwin Drood in 2011). David also works for a variety of international animal welfare charities: as Vice-Chair of  Compassion in World Farming; and as a Patron of Voice for Ethical Research in Oxford. Sir David is a Senior Member and a Distinguished Friend of St Antony's College, Oxford.