Although St Antony's has always included many Fellows and students with an interest in contemporary politics and world affairs, a notable addition to the College's activities was launched in May 1993 when the Governing Body created a Visiting Parliamentary Fellowship. The idea was that two Members of Parliament - one from the governing party and the other from one of the main opposition parties - would be elected to the Fellowship each year. The hope, which has been fully realised, was that they would visit the College regularly and in one term help to organise a seminar on important political and other matters.

This year we are grateful to Baroness (Arminka) Helić and Lord (Jonny) Oates for agreeing to join the College as our 2022-2023 Visiting Parliamentary Fellows.

Baroness Helić is a Conservative Member of the House of Lords, an expert in foreign and defence policy, and an independent consultant on international, humanitarian and philanthropic issues.

Lord Jonathan Oates has been a member of House of Lords since October 2015 and is Chief Executive of United Against Malnutrition and Hunger, an advocacy group which seeks to raise the profile of global malnutrition and hunger and drive UK action to tackle it. His interest and involvement in development issues date back to 1985 when he spent time in Ethiopia during the Ethiopian famine.

In the late 1990s, Jonny worked in South Africa’s first democratic parliament on a two-year project to support political parties previously excluded from parliament under the apartheid regime. In 1988 he taught in - and helped establish - a new rural secondary school in Zimbabwe. From 2017-2019 he was Senior Adviser to the Children’s Investment Fund Foundation, a charitable foundation working principally in Africa and South Asia.

Jonny is Co-Chair of the All-Party Parliamentary Groups on Africa, South Africa and Zimbabwe and a Trustee of The World Reimagined, an educational and public arts project to raise awareness of the impacts of transatlantic slave trade. He has previously served as an independent non-executive director of NHS Blood and Transplant and as a Trustee of the Centre for Countering Digital Hate. His memoir, I Never Promised You a Rose Garden, which reflects on his journey to Ethiopia aged 15, was first published in October 2020 and issued in paperback in August 2022.

The Visiting Parliamentary Fellows for 2021-22 were Lord (Paul) Boateng and Baroness (Kate Fall). 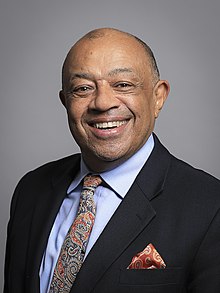 Lord Boateng is a Labour peer, and currently Chair of the Archbishops’ Racial Justice Commission, Lord Boateng was appointed the UK’s first black government minister after Labour’s 1997 election victory. Subsequently he became the first Minister for Young People in 2000, eventually achieving the position of Chief Secretary to the Treasury in 2002. After serving in the House of Commons, he was British High Commissioner to South Africa from 2005 to 2009 before joining the House of Lords in 2010.

Baroness Fall is a Conservative peer and served as David Cameron's Deputy Chief of Staff for six years while he was prime minister and for five years when he was leader of the opposition. Nicknamed ‘The Gatekeeper’ by the press, in 2011 she was ranked by the Evening Standard as one of the 100 most influential people in London.