For the past half century, implementing sharia has been a rallying cry for Islamist groups throughout the Muslim world. Judging the legal systems of various Muslim-majority countries to have been imposed by colonial powers and/or Westernized legal and political elites, many Islamists have been calling for a return to what they believe was an authentic, legal system – the shari‘a. However, there is little understanding of what this shari‘a consisted of or how it was applied in Muslim countries before the Western onslaught. This paper looks at a particular historical case, that of nineteenth-century Egypt, to see how precisely shari‘a was applied in the field of criminal law, and asks if secularization is the best way to explain the process by which criminal law changed in a time of profound political and social transformation. 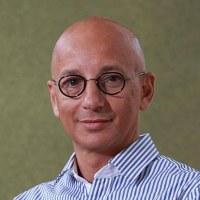 Khaled Fahmy is a historian of the modern Middle East, with a specialty in the social and cultural history of nineteenth-century Egypt. Born and raised in Egypt, Fahmy studied economics for his BA, and then political science for his MA, both degrees he received from the American University in Cairo (AUC). He then went to the University of Oxford where he wrote his DPhil dissertation on the history of the Egyptian army during the first half of the nineteenth century. After receiving his doctorate in 1993, Fahmy moved to the US where he worked first at Princeton University then at New York University. After seventeen years in the US, he returned to his home country in 2010, and joined his alma mater, AUC, as chair of the Department of History. In 2013, Fahmy returned to the US, this time as a visiting fellow at Columbia University, then as a visiting professor at Harvard University. He joined the University of Cambridge in 2017.

Following the outbreak of the Egyptian Revolution in 2011, Fahmy started writing for, and appearing in, Egyptian, Arab, and international media, both in Arabic and in English. His newspaper articles and media appearances deal with issues pertaining to human rights, academic freedom, free speech, and freedom of information. On the fiftieth anniversary of the 1967 Arab-Israeli war, Fahmy wrote a series of articles on his blog. This was followed by three scholarly articles (in Arabic) that offered a new, critical account of the military aspect of this conflict.

Professor Fahmy’s research focuses on the social and cultural history of the modern Middle East, with a particular focus on nineteenth-century Egypt. His first book, All the Pasha’s Men: Mehmed Ali, His Army, and the Making of Modern Egypt, offered a revisionist account of the army that Mehmed Ali Pasha (r. 1805-1848) founded in Egypt. Rather than being a straightforward account of military history, a history that celebrates the exploits of officers and military planners, the book was an attempt to write the history of that army from the perspective of its soldiers. In addition, All the Pasha’s Men offered a critique of Egyptian nationalist historiography according to which Mehmed Ali appears as the “founder of modern Egypt”, and the army as the main tool of catapulting Egypt to modernity. Instead, the book argues that Mehmed Ali is best understood by viewing him within a larger Ottoman context, and his army should be seen as an oppressive institution that subjected thousands of Egyptians to unprecedented hardships. Professor Fahmy’s second book, Mehmed Ali: From Ottoman Governor to Ruler of Egypt, appeared in the Makers of the Muslim World series of Oneworld Publications. Examining the unprecedented economic, military, and social policies that Mehmed Ali introduced in Egypt, as well as Mehmed Ali’s intricate relationship with his family, the book is a critical biography of this towering nineteenth-century personality. In 2004 Fahmy published al-Jasad wa-l’Hadatha (The Body and Modernity), a collection of scholarly articles that dealt with the history of the disciplines and practices of medicine and law in nineteenth-century Egypt. His last book -In Quest of Justice: Islamic Law and Forensic Medicine in Modern Egypt (University of California Press, 2018) - seeks to understand how an Arab, Muslim-majority society encountered modernity. Rather than follow intellectual, diplomatic or economic history, In Quest of Justice approaches this question from the perceptive of cultural history. Specifically, it takes the human body as its unit of analysis and checks how the body became the site of contestation, the locus of agency and resistance, and the subject of new medical and legal discourses.