Khalil Maleki (1901-1969) was a selfless campaigner for democracy and social welfare in twentieth-century Iran. His was a unique approach to politics, prioritising the criticism of policies detrimental to his country's development over the pursuit of power itself. An influential figure, he was at the centre of such formative events as the split of the communist Tudeh party, and the 1953 coup and its aftermath.In an age of intolerance and uncompromising confrontation, Maleki remained an indefatigable advocate for open discussion and peaceful reform - a stance that saw him jailed several times. This work makes a compelling case for him to be regarded among the foremost thinkers of his generation. 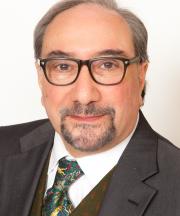 Dr Homa Katouzian is the Iran Heritage Foundation Research Fellow, St Antony’s College, and Member, Faculty of Oriental Studies, University of Oxford. He is Senior Editor, Iran Namag, A Quarterly of Iranian Studies; Co-editor, Routledge book series in Iranian Studies; and Editor, International Journal of Persian Literature. He taught and published in economics for eighteen years, but his recent and current research interests are in Iranian history and politics, the comparative sociology of Iranian and European history, and modern and classical Persian literature. He has worked, as tenured staff or visitor, at Institute for Advanced Studies, Princeton; University of California, Los Angeles; University of Leeds; University of California, Sane Diego; University of Kent at Canterbury; Pahlavi University and McMaster University.