History of the Hilda Besse

History of the Hilda Besse

“It’s an essay in precast concrete but with every part related to the next part. When a beam meets a column, we sort of celebrate that as an event, and when a wall touches the structure, we don’t like that, so we distance the brick-anelled wall away from the column with a piece of glass that’s six inches wide again, so all the pieces come together” John Partridge 2002”

The literal and metaphorical heart of the college, the Hilda Besse is arguably St Antony’s most important building. The Grade II listed building is home to key social and academic spaces, including the dining hall, senior and junior common rooms, and the Buttery. As a vital part of every day life at St Antony’s college, the Hilda Besse has been in continual use since its completion in 1970, and is now due extensive revitalisation to ensure it can stay at the heart of the Antonian experience for years to come. 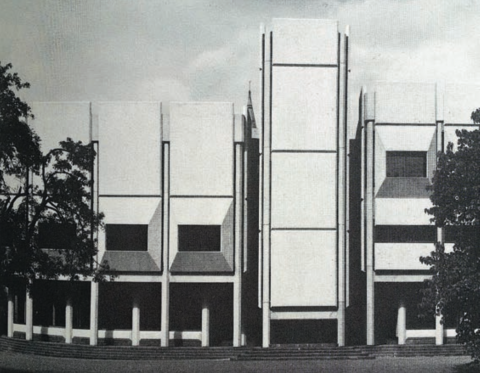 St Antony’s college opened its doors in 1950, following a donation from Sir Antonin Besse of Aden. St Antony’s was founded to be a hub for study in areas such as international history, philosophy and economics and to provide an environment where students from all over the world can live and work together and with experts in their field. In 1960, the now-famous 20th century architects, Howell, Killick, Patridge and Amis (HKPA), were commissioned to provide a fresh vision for the college. Designs for a new hall and common room were revised and approved and building works for the Hilda Besse ran from 1967 to 1970.

The Hilda Besse is considered the finest example of HKPA’s realised works, and has received much acclaim through the years. It has won a Royal Institute of British Architects (RIBA) award and a Concrete Society award, and is now Grade II listed (although it has been suggested that this is insufficient and should be upgraded to a Grade II* listing). Historic England describes the building as ‘a major example of a university building by the practice HKPA, who are acclaimed for their post-war university buildings’ and that it has ‘special architectural interest for its skilfull application of concrete in a modern interpretation of the traditional hall’, they also note that it has received numerous awards due to its ‘structural ingenuity and architectural elegance’ 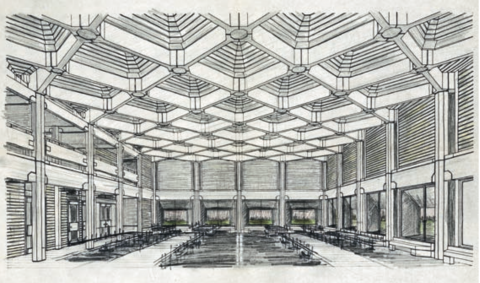 The Hilda Besse is now embarking upon a new chapter in its history.