The Thirty Year Genocide -Turkey's destruction of its Christian minorities, 1894-1924

The Thirty Year Genocide -Turkey's destruction of its Christian minorities, 1894-1924

Morris and Ze'evi will talk about the destruction of the Armenian, Greek and Assyrian communities of Asia Minor - some 4-5 million people - during the reigns of Abdulhamid II, the Young Turks and Ataturk, 1894-1924. Most were dispossessed and exiled and some 2 million were murdered in three massive bouts of violence. The mass murder, in each bout, was accompanied by mass rape and abduction of girls, women and children into Muslim households, and mass conversion. They will describe the process and its causes and results. 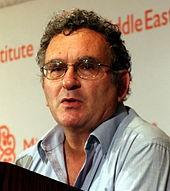 Professor Benny Morris was born in Kibbutz Ein Hahoresh in 1948 and brought up in Israel and New York. After IDF service, he did a BA at the Hebrew University of Jerusalem and a PhD - both in modern European history - at Cambridge University. Thereafter, he worked as a journalist at The Jerusalem Post and subsequently, between 1997 and 2017, as a professor of history at Ben-Gurion University, Israel. He has been a visiting professor at Harvard University, Dartmouth College, LMU in Munich, and the University of Maryland and among his books are The Birth of the Palestinian Refugee Problem, 1947-1949 (1988); Israel's Border Wars, 1949-1956 (1993); Righteous Victims: A History of the Zionist-Arab Conflict 1882-1999 (1999); 1948, A History of the First Arab-Israeli War (2008); and, impending, jointly authored with Dror Ze'evi, The Thirty-Year Genocide, Turkey's Destruction of its Christian Minorities 1894-1924 (2019). He has published articles in The New York Times, The New York Review of Books, The New Republic, The Guardian, The Observer, The Daily Telegraph, Corriere della Sera, Die Welt, Haaretz, etc. 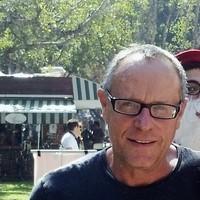 Professor Dror Ze'evi received his Ph.D. from Tel Aviv University in 1992, and after Post-doctoral studies at Princeton joined the faculty at Ben-Gurion University of the Negev, where he teaches Middle Eastern Studies, with an emphasis on modern and early modern cultural history. His book, An Ottoman Century: The District of Jerusalem in the 1600s, (Ithaca, SUNY Press 1996) is a portrait of a Palestinian society in the early modern period, which was soon translated into Hebrew and Turkish. Producing Desire: Changing Sexual Discourse in the Ottoman Middle East, 1500-1900 (University of California Press, 2006), is a study of the shifts in sexual outlook in the region, on the eve of modernity. A Turkish Translation was published subsequently. An edited volume (with Ehud Toledano), Society, Law and Culture in the Middle East: “Modernities” in the Making, was published in 2015 by De Gruyter, and his current research (with Benny Morris) has resulted in the volume The Thirty Years of Genocide: Turkey’s Destruction of its Christian Minorities, (Harvard University Press, with an Italian translation by Rizzoli). Zeevi founded the Department of Middle East Studies at Ben Gurion University and served as its first chair until 1998 (and once again from 2002 to 2004). He was among the founders of the Chaim Herzog Center for Middle East Studies and Diplomacy in 1997, and it's first chair, until 2002. In 2009 he was elected President of The Middle East and Islamic Studies Association of Israel (MEISAI), and in 2015 appointed Associate Dean of Humanities and Social Studies. During his career he was invited to work and lecture at many universities and research centers abroad. Among others, he was senior visiting fellow at Brandeis University and Skidmore College in the U.S. and at Koc and Sabanci Universities in Turkey. From the mid 1990s to this day Zeevi participates in a series of "track-2" meetings with Palestinian delegations, and at the end of a recent round of talks hosted by Sweden, participated in writing One Land, Two States: Israel and Palestine as Parallel States  (Mossberg and Levine  eds. Berkeley, 2015). He is among the founders of the Forum for Regional Thinking, engaged in presenting deeper and more accurate portrayal of the Middle East to the Israeli public, and publishes regularly in Israeli journals and websites, including Haaretz, Yediot, Ynet, and Wallah.