Vaccine diplomacy and the geopolitics of influence

Vaccine diplomacy and the geopolitics of influence

As Oxford’s most international college and home to seven regional area studies centres, St Antony’s College is well-placed for a cross-centre discussion on the issue of vaccine diplomacy as an instrument for geopolitical influence in a world dominated by the impact of the pandemic.  The panellists - please see below - will be asked to respond from their own area studies perspectives how they see global vaccine diplomacy affecting relations between states and regions around the world.  The event is convened and chaired by Dr Othon Anastasakis (Director of South East European Studies at Oxford; Fellow of St Antony’s) and Dr Michael Willis (Sub-Warden of St Antony’s and Fellow in Moroccan and Mediterranean Studies).  The Warden, Professor Roger Goodman, will introduce the event.

Yasmina Abouzzohour (DPhil Politics 2014): is a visiting fellow at the Brookings Doha Center (BDC) and the European Council on Foreign Relations (ECFR), and a Senior Fellow at the Moroccan Institute for Policy Analysis (MIPA). Her research revolves around authoritarian persistence and transition, focusing on regimes’ strategic economic and political behaviour and their interactions with opposition movements.  Yasmina completed her DPhil at St Antony’s, investigating the causal mechanism behind regime survival in modern Arab monarchies. She is currently completing a book project based on her dissertation. Yasmina is also undertaking research on the political and socioeconomic developments of various MENA, and on institutional and policy responses to COVID-19 in the region.  In addition, she researches foreign policymaking and diplomacy across North Africa as well as EU-Maghreb relations and the relationship between the state and society in Morocco. 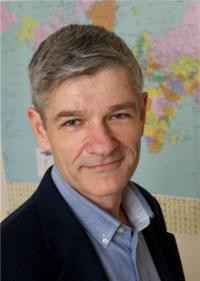 Roy Allison (DPhil International Relations 1978): Professor of Russian and Eurasian International Relations at the Oxford School of Global and Area Studies (OSGA), University of Oxford; Director of the Russian and Eurasian Studies Centre; and Souede–Salameno Fellow at St Antony’s College. In 2011, he joined OSGA and St Antony’s from a Readership in International Relations at the London School of Economics.  Roy was a doctoral student and an ESRC Postdoctoral Research Fellow at St. Antony's College; a Lecturer and Senior Lecturer at the Centre for Russian and East European Studies, University of Birmingham (1987-99) and Head of the Russia and Eurasia Programme at the Royal Institute of International Affairs (Chatham House) (1993-2005).  He has acted as Specialist Advisor to the House of Commons Foreign Affairs Committee and Defence Committee and the House of Lords European Union Committee. His most recent monograph: ‘Russia, the West and Military Intervention’ (OUP 2013).

Audrey Kurth Cronin (DPhil International Relations 1981): Distinguished Professor and founding Director of the Center for Security, Innovation, and New Technology at American University. She is one of the world’s leading experts on security and how conflicts end. Her career incorporates experience in both academic and policy positions, in the US and abroad. Prior to her current post, she was faculty member and director of War and Statecraft at the US National War College.  Before that she was Specialist in Terrorism at the Congressional Research Service, advising Members of Congress in the aftermath of 9/11. She also held a number of positions in the US executive branch, including in the Office of the Secretary of Defense for Policy, and was Director of Studies for Oxford University’s Changing Character of War program.

Ian Neary: Emeritus Fellow at the Nissan Institute of Japanese Studies and St Antony’s College, University of Oxford. Between 2004 and 2019, Ian was a Professor of Japanese Politics at the University of Oxford, before which he spent 15 years as a Professor of Japanese Studies at the University of Essex.  His research has mainly been focused on Japanese political and social history in the twentieth century particularly the experience of Buraku communities in the process of industrialization and modernization. Ian is currently completing a monograph based on his research on the formation, development and implementation of the Dōwa Project policies.  In March 2019, the second edition of his textbook on Japanese politics was published by Polity. 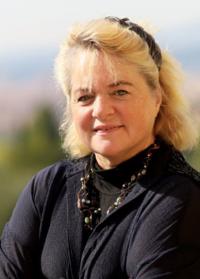 Kalypso Nicolaïdis: Professor at the School of Transnational Governance at the European University Institute and Professor of International Relations at the University of Oxford, and a Fellow at St Antony’s College at the European Studies Centre. Before Oxford, she was Associate Professor at Harvard University’s Kennedy School of Government. In 2012-2013, she was Emile Noel-Straus Senior Fellow at NYU Law School.  In 2008-2010, Kalypso was a member of the Gonzales reflection group on the future of Europe 2030, set up by the European Council. She also served as advisor on European affairs to George Papandreou in the 1990s and early 2000s, the Dutch and UK governments, the European Parliament and Commission, OECD and UNCTAD. Her latest book: ‘Exodus, Reckoning, Sacrifice: Three Meanings of Brexit’ (Unbound, 2019).

Indrajit Roy (DPhil Development Studies 2008): Senior Lecturer in Global Development Politics at the University of York. Since obtaining his doctorate at St Antony’s, Indrajit has held the ESRC Future Research Leader Fellowship at the Oxford Department of International Development, during which time he won the Teaching Excellence Award in the Social Sciences. Indrajit studies democratic deepening and societal transitions with a particular interest on the Global South. His specific research interests lie in studying contests over citizenship in the Rising Powers and other emerging markets, situating these at the interface of political change and social transformation. In 2018, his monograph ‘Politics of the Poor: Negotiating Democracy in Contemporary India’ was published by CUP.

Steve Tsang (DPhil History 1981): Professor of Chinese Studies and director of the SOAS China Institute at the School of Oriental and African Studies in London and Emeritus Fellow of St Antony’s. Before SOAS, he served as head of the School of Contemporary Chinese Studies and director of the China Policy Institute at the University of Nottingham. Prior to that, at St Antony’s, he served Dean and Director of the Asian Studies Centre.  Steve is a leading scholar in the politics, international relations and history of mainland China, Taiwan and Hong Kong. He has published 18 books, of which five are single-authored. He is known in particular for introducing ‘consultative Leninism’ as an analytical concept for understanding Chinese politics and for his books on Hong Kong’s history. He is currently working on an analytical framework for Chinese foreign policy and starting a project on 'Xi Jinping thought'. His most recent books are ‘Taiwan's Impact on China’ (2017) and ‘China in the Xi Jinping Era’ (2016).

Event image by Alexandra_Koch from Pixabay