Women's Rights Research Seminar- Between Love and Lineage: Elopement, Rights and Violence in an Afghan Valley

Women's Rights Research Seminar- Between Love and Lineage: Elopement, Rights and Violence in an Afghan Valley 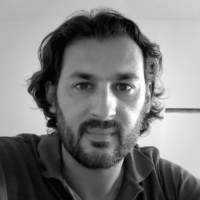 Naysan’s primary research interests surround the nature of social relations in conflict-affected and transitional contexts. This includes not only research on identity, ethnicity and religious affiliation, but also examination of processes of social cohesion and peacebuilding. He completed his PhD, at the University of Sussex’s Institute of Development Studies in 2015. Naysan’s thesis investigated the effects of conflict and the impacts of post-2001 political reconstruction upon identity in Afghanistan’s Bamyan Valley.

In 2016, Naysan published an article entitled ‘The Evolution of Ethnicity Theory: Intersectionality, Geopolitics and Development’ that discusses the development of, and potential new frontiers of research in, ethnicity theory. He is currently preparing his thesis for publication as a book, and as a number of journal articles. Naysan is also preparing a special issue of Iranian Studies addressing identity in contemporary Afghanistan.

Marriage, in Afghanistan, is a highly strategic affair. In most cases, Afghan parents carefully manage who their children marry. This is done to forge alliances and accrue financial benefits. At the same time, marriage also serves to maintain community boundaries — be they familial, religious or ethnic. These boundaries are often stark; with prolonged conflict making interethnic and intersectarian marriage uncommon. Yet, since the US-led intervention in Afghanistan, intergenerational modes of control have begun to falter and marriage patterns have begun to shift.

In the Bamyan Valley — deep in the mountainous Central Highlands of the country — “escape marriage” or elopement has become increasingly common, as has the retaliatory violence it engenders. A series of high-profile elopement cases, between members of two ethnic communities, have captivated the local media. Hazarah men are “escaping” with Sayid women; which is being met with mounting violence and growing ethnic tensions. Young women and men in Bamyan are caught between familial/ethnic expectations and their personal desire—backed by Human Rights institutions—to marry those they choose.

Based on extended ethnographic research in Afghanistan’s Bamyan Valley, this lecture will discuss the emerging phenomenon of “escape marriage” and the underlying mechanisms that foster it. It will do this by exposing the shifting social landscape in Afghanistan and by drawing linkages between the formation of the new Afghan State, the emergence of educational opportunities for women, the action of Human Rights institutions and, ultimately, the changing nature of marriage and elopement. This lecture will explore how and why young Bamyani men and women navigate the treacherous ground between love and lineage.