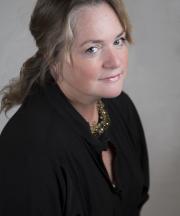 Outside Oxford, she is a member of the Council of ECFR as well as a founding member of the Spinelli Group. Before moving back to Europe, she taught European affairs and international relations at Harvard University where she was associate professor at the Kennedy School of Government, as well as the founder and chair of the Kokkalis Programme on Southeast Europe. She has also held visiting professorships around Europe, including at the Ecole Nationale d'Administration in Paris, at the College of Europe in Bruges as the professorial chair on Visions of Europe and in Sciences-Po, Paris as Vincent Wright chair.

At Oxford, she also chairs South East European Studies at Oxford (SEESOX) which runs, inter alia, the Greek-Turkish Network and the programme on the political economy of southeast Europe; the RENEW programme (Rethinking Europe in a Non European World); and the Programme on Global Trade Ethics.

Professor Nicolaïdis has been involved in policy for some time. Most recently she was a member of the Gonzales reflection group mandated by the European Council to submit a report on the future of Europe 2030. Beforehand, she was advising Greek Foreign Minister George Papandreou on European affairs between 1996 and 2004 and chaired the International Group of Expert Advisors on the Convention for the Future of Europe and the Greek 2003 Presidency. She was advisor to the 2004 Dutch presidency of the EU on the theme of ‘Europe: a Beautiful Idea’, a policy-academia dialogue. She also worked with the European Commission on the White Paper on Governance (subsidiarity, global governance), on DG trade and DG communication consultations, as well as a trade and regulation expert for UNCTAD and the OECD. She was also asked to write a report on the European Neighborhood Policy by the European Parliament.

Professor Nicolaïdis holds a PhD in Political Economy and Government from Harvard University, a Master in Public Administration from the Kennedy School of Government, a Master in International Economics and a Diplome Service Public from the Institut d'Etudes Politiques in Paris. She also studied law and philosophy at the Paris I-Sorbonne. She is of French and Greek nationality with German and Spanish origins.

Professor Nicolaïdis has published widely on various aspects of international relations and global governance, EU institutional and constitutional debates, EU external relations including with Mediterranean countries and the United States, comparative federalism, issues of identity, justice and cooperation in the international system, the sources of legitimacy in European and global governance, as well as preventive diplomacy and dispute resolution. She has published in numerous journals including Foreign Affairs, Foreign Policy, The Journal of Common Market Studies, Journal of European Public Policy, International Organization as well as in French in Politique Etrangere, Politique Europeenne and Raison Critique. Her latest book publications include: European Stories: Intellectual Debates on Europe in National Contexts, edited with Justine Lacroix, OUP, 2010. Mediterranean Frontiers: Borders, Memory and Conflict in a Transnational Era, edited with Dimitar Bechev, I.B. Tauris, 2009; Under the Long Shadow of Europe - Greeks and Turks in the era of Postnationalism, edited with Kerem Öktem and Othon Anastasakis, The Hague: Brill, 2009; Whose Europe? National Models and the Constitution of the European Union (Oxford University Press, 2003) and The Federal Vision: Legitimacy and Levels of Governance in the US and the EU (Oxford University Press, 2001).