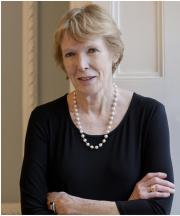 In the 2018 Queen’s New Year’s Honours List, Professor MacMillan was appointed a Companion of Honour (CH) for services to higher education, history and international affairs.

Professor MacMillan has a long-standing relationship with St Antony’s. She was a student at the College during the early 1970s, producing a doctoral thesis on the British in India. She returned as a Senior Associate Member in 1993 and was elected to an Honorary Fellowship in 2003.

Professor MacMillan’s publications include Women of the Raj as well as Peacemakers: the Paris Conference of 1919 and Its Attempt to Make Peace. The latter was published in North America as Paris 1919: Six Months that Changed the World and won the Duff Cooper Prize, the Samuel Johnson Prize for non-fiction (the first woman to do so), the Hessell-Tiltman Prize for History, the Silver Medal for the Council on Foreign Relations Arthur Ross Book Award and the Governor-General’s prize for non-fiction in 2003. It was a New York Times Editor’s Choice in 2002. She has subsequently written Nixon in China: The Week That Changed the World (entitled Nixon and Mao in the US) and The War that Ended Peace: How Europe abandoned peace for the First World War (2013). Her most recent book is History’s People: Personality and History (2015).  She comments frequently in the media on historical issues and current affairs.