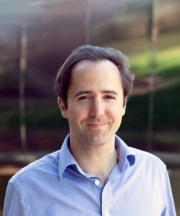 Oliver Ready is a literary scholar and translator specializing in recent and nineteenth-century literature. His academic publications include the monograph Persisting in Folly: Russian writers in search of wisdom, 1963-2013 (Peter Lang, 2017) and articles on various recent Russian authors. He is currently working on a book about Nikolai Gogol and is continuing to translate the novels and nonfiction of the late Vladimir Sharov (1952-2018).

Dr Ready joined St Antony’s as Max Hayward Fellow in 2010 and has convened many seminar series and special events with Russian cultural figures at the college, including the Elliott Lecture by Svetlana Alexievich in 2016. He has also worked for several years as a departmental lecturer for the Faculty of Medieval and Modern Languages, teaching undergraduates and postgraduates across the university.

As a literary translator, his publications include Dostoevsky’s Crime and Punishment (Penguin Classics, 2014; Pen Translation Prize shortlist), the ‘essential stories’ of Gogol under the title And the Earth Will Sit on the Moon (Pushkin Press, 2019), The Maisky Diaries (2015, as co-translator), and the following works of recent Russian literature, all published by Dedalus:

Dr Ready serves on the editorial board of The Russian Library, a new series of translated works of Russian literature published by Columbia University Press. Between 2008 and 2017 he was Consultant Editor for Russia and East-Central Europe at the Times Literary Supplement.