The College proposes to elect a Wai Seng Senior Research Scholar in Asia-Pacific Studies with effect from Michaelmas Term 2021.

The Scholarship is tenable at St Antony’s College for two years and is open to all matriculated students of the University of Oxford working for a Doctor of Philosophy degree in fields such
as modern history, social sciences (e.g. politics, international relations, economics, sociology, social anthropology), education and human geography and whose research involves the study
of the Asia-Pacific. Students who expect to be accepted for a DPhil from the beginning of Trinity Term 2021 may also apply.

Preference will be given to candidates whose research interests are focused on China, Hong Kong, or Taiwan or on comparative Asian studies involving one of these territories.

Award
The scholarship will provide an annual maintenance grant of £9,000, to be paid in monthly instalments. It will also cover approved University and College fees up to the value of £15,000. If the successful candidate is not a member of the College they will be expected to move to St Antony’s upon election to the scholarship.

Application
There is no application form. Applications (and references) should be submitted no later than Friday of the Seventh Week in Hilary Term 2021 (March 5th). Election, by a committee of the Asian Studies Centre, will be made in Trinity Term 2021.
Applications shall be sent electronically to the Administrator at asian@sant.ox.ac.uk and comprise:

Each Wai Seng Senior Scholar will be expected to pursue his or her studies under supervision, as the Management Committee of the Asian Studies Centre may determine, and may be required to submit a satisfactory report upon the work he or she has accomplished, before receiving the final portion of the emoluments of the scholarship. The Wai Seng scholar will also be expected to attend seminars and lectures organised by the Asian Studies Centre.

The Scholarship is open for applications with a deadline of in 5 March 2021, for tenure from Michaelmas Term, 2021.

Queries may be e-mailed to asian@sant.ox.ac.uk.

The scholarship has enabled scholars to pursue pioneering research, and our Wai Seng scholars have gone on to be leaders in their fields:

Ling Tang is a creative academic who considers sociology as art and vice versa. Upon finishing her DPhil, she will be a post-doctoral fellow in the Sociology department at the University of Hong Kong. Her research interests cover digital studies, digital media, the Internet, gender, sexuality, work, employment and creative methods. Besides academic writing, she takes creative writing, music, photography and film as her art media. Other than her public academic blog Forest and Trees, Ling has published in journals and magazines including Asia Pacific Business Review and Mingpao Monthly. She produces music under the names of Lyn Dawn (solo singer-songwriter) and Slip (band). Together with Yichen Li, their fine art pieces are exhibited in various countries including China and Nepal. Ling also produces and directs academic talk show series and sensory/visual ethnography pieces.

Dr Xi Hu (Sisi) is currently a post-doctoral fellow of the LWP at Harvard Law School. During her DPhil at St Antony’s, she completed a visiting fellowship at the Harvard John Paulson School of Engineering and Applied Sciences; consulted for the Latin American Energy Organisation (OLADE); worked as an energy modeller for the UK Infrastructure Transitions Research Consortium (ITRC); interned as a climate adaptation researcher with the Chinese National Development and Reform Commission (NDRC); and facilitated dialogues between Oxford and government agencies such as the Chinese Ministry of Water Resources. In 2015, she co-founded the Oxford International Infrastructure Consortium (OXIIC) whose aim is to facilitate communication and collaboration on infrastructure between academics, policymakers and practitioners worldwide. Her DPhil work yielded several publications including the World Economic Forum (WEF), China Dialogue, the Diplomat, as well as being featured in the 2017 WEF Global Risk Report and at the 2017 Summer Davos.

Dr Julian Gruin is an Assistant Professor of Transnational Governance at the University of Amsterdam. From 2016-2019 he is also an ESRC FRL Fellow at the University of Warwick. He works primarily within the disciplines of international political economy and economic sociology, with research interests in global financial governance, Chinese political economy, and the evolving nature of power in the global economy. Recent publications include: With Peter Knaack and Jiajun Xu, (2018) 'Tailoring for development: China's post-crisis influence in global financial governance' Global Policy. With Christopher A McNally, (2017) 'A novel pathway to power? Contestation and adaptation in China’s internationalization of the RMB', Review of International Political Economy 24(4): 599-628.  (2016) 'The social order of Chinese capitalism: Socio-economic uncertainty, communist party rule, and economic development, 1990-2000', Economy & Society 45(1): 24-50.

Dr Maria Repnikova is an expert on China’s political communication. She is currently an Assistant Professor of Global Communication and an Acting Director of the Center for Global Information Studies at Georgia State University. Maria's work examines critical journalism, political persuasion, and cyber nationalism in China, as well as China’s global branding through cultural and communication initiatives, especially in the African context. She also does comparative work on media politics in China and Russia. Maria’s research appeared in the China Quarterly, New Media & Society, Journal of Contemporary China, as well as in Foreign Affairs, Wall Street Journal, and Foreign Policy, amongst other venues. Her book, Media Politics in China: Improvising Power Under Authoritarianism, was published with Cambridge University Press. In the past, Maria was a post-doctoral fellow at the Annenberg School for Communication.

Dr Daniel Koldyk was appointed as the Counsellor and head of the economic and finance section at the Embassy of Canada to China in August 2018. Prior to this post, Daniel was a Special Advisor on China and Asia for the Department of Finance. He also worked on Chinese economic reform and international investment with EDC Economics and served as a China specialist for the foreign ministry. He completed an MPhil (2006) and DPhil (2010) at St Antony’s College, and spent nearly six years in Beijing, Shandong, and Liaoning researching Chinese policymaking.

John D. Ciorciari is an Associate Professor, Director of the International Policy Centre, and Faculty Director of the Wesier Diplomacy Centre at the Gerald R. Ford School of Public Policy at the University of Michigan. He is also a faculty affiliate of the University’s International Institute. His work focuses on international politics and law in the Global South, with a particular interest in Southeast Asia. He has been an Andrew Carnegie Fellow, term member of the Council on Foreign Relations, and post-doctoral fellow at Stanford University. 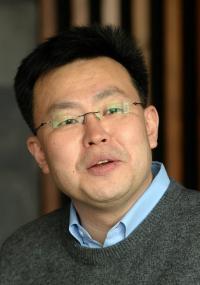 Seokwoo Lee LLM is Professor of International Law, Inha University Law School, Korea (2003-present), where he is also working as Director of Inha Int’l Ocean Law Centre. He was Vice Dean for External Affairs, Inha University Law School (2009; 2012-2014). He was Chairman of the Foundation for the Development of International Law in Asia (DILA) (2012-2015; Acting Chairman 2016-2017) and now serves as Chairman of the Development of International Law in Asia-Korea (DILA-KOREA) which is the academic institution which is responsible for the administration of DILA along with the Asian Yearbook of International Law (AsianYbIL) and Asia Pacific Ocean Law Institutions Alliance (APOLIA). He has authored more than 90 publications in English in addition to his more than 80 publications in Korean. His representative recent book publications in English are: The Making of International Law in Korea: From Colony to Asian Power (Brill/Nijhoff (2016)); Asia-Pacific and the Implementation of the Law of the Sea: Regional Legislative and Policy Approaches to the Law of the Sea Convention (Brill/Nijhoff (2016)). He holds a D.Phil. (Oxford), LL.M. (NYU, Minnesota, and Korea University), and LL.B. (Korea University). His research focuses on Territorial and Boundary Disputes, Law of Title to Territory, Law of the Sea, and International Human Rights Law.