St Antony's College is the most cosmopolitan of the seven graduate colleges of the University of Oxford, specialising in international relations, economics, politics and history of particular parts of the world. 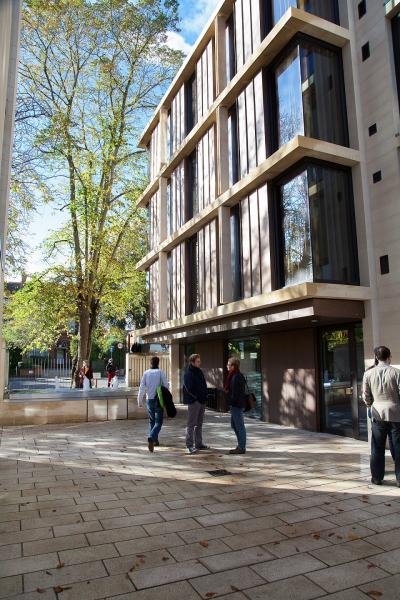 St Antony's College is one of the constituent colleges of the University of Oxford in England. It is a postgraduate college which specialises in the inter-disciplinary study of Europe, Russia and the other successor states of the former Soviet Union, the Middle East, Africa, Japan, South and Southeast Asia, China and Latin America.

The body of the College consists of the Warden, the Bursar, some forty Fellows, about 470 students and, at any time, more than 120 Senior Members. St Antony's 40 Governing Body Fellows all have international reputations in their specialist fields and, in combination, provide a unique insight into today's global issues.  There are more than 400 students from some 77 different countries studying for postgraduate degrees and each year around 100 visiting senior members from the academic, diplomatic, business and political worlds come to the College.

Its foundation was made possible by a gift of the late Antonin Besse of Aden, a leading merchant of French nationality. In Michaelmas Term 1950 the College opened its doors on Woodstock Road in Oxford. On 21 May 1963 a statute was passed in Congregation making the College a full College of the University of Oxford, and this was approved by the Queen in Council on 20 December 1963.

The Main Building, which houses college offices and the main library, dates from the nineteenth century, as do some of the residences. The Founder's Building, opened in 2000 to coincide with the College's fiftieth anniversary, contains accommodation, ranging from ensuite study bedrooms to one and two bedroom flats, seminar rooms, a music room and fitness suite. But the social hub of the College is the award-winning Hilda Besse Building built in the 1960s which contains the fine dining Hall, Common Rooms, Meeting rooms, Buttery and Bar. There is also a well-appointed, air-conditioned lecture theatre and pleasant gardens.