I came to SEESOX in the beginning of 2019. This was not my first visit to Oxford, nor to St Antony's. Most of the times I had been invited to Oxford to give a talk or to participate in a seminar, the invitation had come from St. Antony's, mainly because among the Oxford colleges St. Antony's is probably the most open to the outside world, with many departments and centres that specialize in different regions in the world. I was a "visiting scholar". The principal reason for this "visit" was the nature of the political situation in Turkey and the pressures on Academia. But at the end of the academic year, the newly emerging possibilities for change made me cut my visit short before the set time. I was warmly received in the centre and soon became friends with scholars working there. I attended the regular seminars on "diaspora" problems in Balkan countries. The talks at these meetings were informative and intelligent, the discussions animated and rewarding.The time I spent at SEESOX was both useful and pleasant. I am thankful to all who made this stay possible.

Six months is definitely not long enough to take in all that SEESOX has to offer, but my six months at SEESOX have been a very fruitful and enlightening time. Getting out of the narrow world of numbers (I like statistics!) and equations and appreciating the geopolitical forces shaping developments has been the most definite gain for me. And yes, apart from learning a lot about cross-country differences in diaspora behaviours and migration trends, about what the Western Balkans expect from Europe but also listening to proposals of alternative fiscal policies, a great takeaway from my time at SEESOX has been a very efficient way of managing a team: the collegial behaviour, the no-rank attitude, the democratic decision making process and the perfect organisation stand out. I will remember my six months at SEESOX as a time when I was given the opportunity to think clearly about economics while being reminded that economics is only one aspect of global developments.

I came to Oxford and affiliated with SEESOX after having been seriously affected by the demise of free speech and academic freedoms in Turkey. My year in Seesox helped me greatly to recover from the effects of political and academic deterioration. The very welcoming and friendly attitude of the Seesox team and the invigorating academic enviroment have been so rewarding for me. As a professsor of political science who is working on gender poltitics in relation to rising national populisms in Turkey and all over the world, I found it supremely inspring and illuminative to take part in the debates particularly over right-wingpopulisms in Europe and over Brexit. I myself had the opportunity to contribute to the debates by giving a seminar on anti-gender politics in Europe and Turkey. Seesox also offered a perfect setting for the discussions of contemporary Turkey. It was particularly uplifting to see that Turkey is still being studied in the context of European politics, given the growing alienation of Turkey from EU. Thanks to the vivid academic environment as well as the supporting social interactions at Seesox, I have improved academically and been able to produce good work. Personally, I have been delighted to meet with amazing colleaques from all over Europe and especially from Greece and much enjoyed the engagement with them. 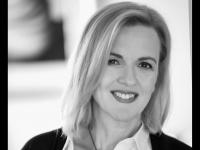 I arrived at SEESOX at St Antony’s College on the 1st of October 2018 as an academic visitor for two months. It has been a wonderful experience during which I have been able to deepen my knowledge, as I had the opportunity to conduct my research in an ideal environment as well as meet many interesting people. I had the opportunity to participate in a series of events and seminars, and exchange views with renown scholars on their specific area of interest. But I could not leave out the warm and friendly atmosphere of SEESOX that made my visit here special. From Professor Kalypso Nicolaidis, to the Director of SEESOX, Dr Anastasakis, to Julie Adams, heart and soul of SEESOX, and to all members of the SEESOX family, I would like to address a big thank you for making my stay here unforgettable. I really hope that I will have to opportunity to come back soon!

My experience as an Academic Visitor at St Antony’s College during the period September - October 2018 was outstanding. Affiliated to the “Political Economy of Financial Markets” (PEFM) Research Centre and closely linked to the European Studies Centre and SEESOX, I had the opportunity for the first time for a two-month stay in Oxford and were it not for my obligations at the Law School of the University of Athens, where I am tenured, I would have been able to make full use of the Academic Visitorship for the entire semester. I am currently finalising a comprehensive study entitled “European Banking Law within the System of European Financial Law” and the discussions held with colleagues specialising in this field, as well as the bibliographical sources found in the (literally) unique Oxford University libraries have  affected my work very positively. I would like to warmly thank Othon Anastassakis, Kalypso Nicolaides and Charles Enoch, who have supported my visitorship, as well as Julie Adams for all her assistance. I hope I will have the opportunity to return soon.